The Sahana Software Foundation has gained a solid reputation over the years for participating successfully in Google’s Open Source programs. Sahana has been able to provide an enriching experience for young students in Open Source through both the Google Summer of Code and Google Code-In.  2013 was no exception, with Sahana participating in both events and catering to a large number of students.

The Google Code-In is a program carried out annually by Google to encourage younger students from ages 13 – 17 to take part in the world of Open Source by undertaking tasks for reputed Open Source organizations. Tasks are generally quite simple and are a great entry point for young people to engage with stable and enthusiastic open source communities around the world, while contributing a great deal towards worthy causes at the same time.

The Sahana Software Foundation successfully mentored students for the 2013 Google Code-In from 18th November 2013 to the 5th January 2014, with a total of 36 students completing at least 1 task and 9 students completing at least 5 tasks.  There were a total of 138 tasks of Eden and 63 tasks of Vesuvius out of which, 103 tasks and 50 tasks were completed respectively. Vishrut Mehta acted as the Organization Administrator for Sahana Eden while Ramindu Deshapriya took on the role of Organization Administrator for Sahana Vesuvius.  We saw quite a few students who had amazing abilities and completed their tasks admirably. It was gratifying to see students eagerly working on tasks, learning a great deal about disaster management and open source software development along the way. It was especially great to see some students (including our winners) helping others to get started with resolving issues on their Sahana installations, preserving the true sense of community that we at Sahana endeavor to continue. 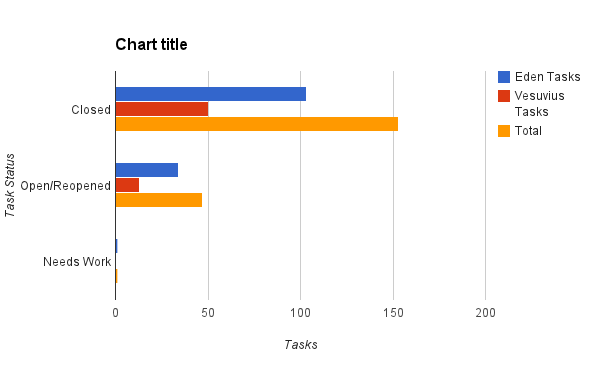 We finally have the winners with us for Google Code-In 2013-2014 to annouce: Akshay Kumar Kalose from United States and Anurag Sharma from India. Congratulations to both!

The official announcement from Google is here: http://goo.gl/kTfXVT

This site uses Akismet to reduce spam. Learn how your comment data is processed.